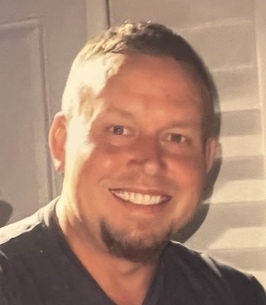 Eddie Hullings of Southampton New Jersey passed away suddenly on May 28, 2022, at the age of 43. He was a graduate of Lenape high school and joined the Navy where he served for 4 years. He received several medals, honors and awards. Eddie worked for two years at R. J. Walsh and was employed by Clayton concrete for 19 years until his death. As a child he spent a lot of time on the beach and bay at his grandparents home located in the Villas in Cape May. He spent a lot of time in the woods and streams behind our house. Eddie loved to explore and study wildlife, always bringing home hurt or abandoned animals. He loved riding dirt bikes and quads with his friends, hunting and fishing and long talks with his best friend, his dad. Eddie loved to cook, grill and dance with his mom; their song was simple man by Lynyrd Skynryd. But nothing gave him more happiness than spending time with his children. They were the love of his life, they were his heart. He was a good son, brother, nephew, cousin, uncle and friend who will be deeply missed by all. Eddie was a hard worker, always busy doing projects and helping anyone who needed it. He loved music, camping, fishing, hunting, growing vegetables, spending time with his friends, family and riding his Harley. To those who knew him well, he was one of a kind; loved a good debate, never shutting up, a joker and he was always right!
He was preceded in death by his grandparents Ed and Dorothy Hullings, Whitey and Cass Hubbs, his favorite Aunt Cat Denneler, his beloved sister Amber and his close friends Ryan Schultz and Rob Happ. Eddie is survived by his parents Ed and Joy Hullings; his brother Cy and Tara Condit, his sister Raelyn Hullings; his beautiful children: Samantha, Ella, Cane and their mother Sarah, Aunts and Uncles Kate and Bill Taubel, Carol and Lawrence Ash, Gay and Jerry Hepp and Tim Montagano. He is also survived by his nieces and nephews Max, Natalia, Cole, Jaedyn and Riley; and his godmother Sandy Clevenger who was a very special friend and confidant. Eddie Will be sadly missed by many cousins, friends and members of the Jasinkas family. He would always want us to remember him with love, laughter and wonderful memories. In Lieu of flowers the family request that donations be made to the mental health organization of your choice in honor of his sister Amber. A celebration of his life will be held in September or you can also give donations for his children’s college fund if you choose. The date will be announced shortly. Email condolences to the family at leefuneralservice.com. Arrangements were made with Ed Kaelin III at the Lee Funeral Home, Mount Holly.