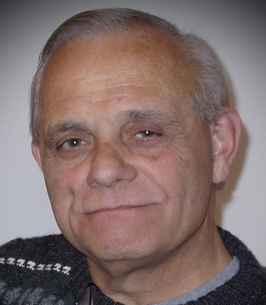 Conrad F. Scarpato was born on July 5, 1944 in Jersey City, NJ, to Emelia and Conrad Scarpato. He passed away on June 27, 2022 at Robert Wood Johnson Hospital in Hamilton, at the age of 77. He was preceded in death by his wife Angela of 45 years of marriage. Conrad is survived by his children: Jude Harvey, Jessica Duino (Bill Schearer) and Jeanne Kysela (Robert); his grandchildren: Taylor and Marissa Duino, and Catherine Harvey; and his companion for many years, Louise Ferrazzano. He is also survived by his siblings: Marie Elko, Peter Scarpato (Paula) and Salvatore Scarpato (Anita); and many nieces and nephews.

Conrad loved to watch sports, especially the NY Yankees, feeding birds, doing yard work with Angela, an immense US Civil War buff, and enjoyed classic cars. He owned at least 9 VW Classic Beetles that he serviced & repaired himself, which he drove to and from his job with Olin Hunt in North Jersey for 25 years until he retired in 1999.

He was known for his sense of humor and could expressively tell a story, no matter how mundane, and make it interesting and funny. He loved being outdoors, near rivers, lakes, or mountains – especially Maine, Vermont, and Up State NY. He was a great cook, even though he didn't get a chance to cook often. His specialties included steamed artichokes, meatloaf, and probably his best-loved dish, baked calamari.

A Memorial Mass will be held on July 23, 2022 at 11 a.m. at Our Lady Queen of Peace Church, 1603 Marne Highway, Hainesport. Interment will be private and at the convenience of the family. Repass will be after Mass.

Email and online condolences to the family may be added here: https://leefuneralservice.com/ Arrangements were made with Ed Kaelin III at the Lee Funeral Home, Mt. Holly.