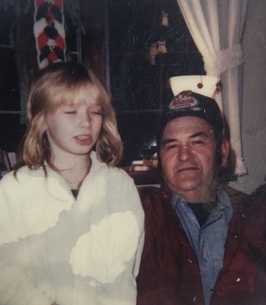 Do not stand at my grave and weep, I am not there, I do not sleep. I am a thousand winds that blow, I am the diamond glints of snow, I am the sun on ripened grain, I am the gentle autumn rain.

Harry (Hap) Lavell, age 88, passed away on Sunday, August 7, 2022, peacefully at home as he wished, encircled in the loving care of his family.

He was a loving husband and proud and loving father of four children, five grandchildren, and great grandfather of one.

Predeceased by his daughter Carole (2018), Hap is survived by his wife of sixty-six years, Joan Fernholz Lavell, his daughter Karen Lavell Florio (Tony), son Douglas (Doug) Lavell (Michelle) and daughter Colleen Lavell Layton (John). Also survived by granddaughter Chloe Lavell (fiance Dillon Merola), grandsons Joseph Florio (fiancee Sharian Dewar and their son Carter Duncombe), Ryan Lavell (Christen and their daughter Kenna Leigh), Justin Layton (Emily Claure) and Harrison Layton (girlfriend Amy Nylander).
Predeceased by his parents, Harry and Bessie Lamb Lavell, sister Virginia (Ginny) Wainwright (George, deceased). Survived by their two daughters, Susan Wainwright and Pat Bitner and her husband Wayne and their family.
Surviving are cousins of the Lavell-Lamb family with special mention of his cousin, Larry. Hap and his son Dough enjoyed many deer hunting trips to the state of Maine at the invitation of Larry, his wife Arlene and their family. In addition to hunting trapping, and gardening, Hap enjoyed woodworking. He was an accomplished carpenter who helped many. In years past he coached little league baseball and will be remembered fondly in the childhood memories of many.
Hap was a man of strong convictions in living life as he saw it and so within the light of his beliefs and with respect to his wishes, there will be no funeral services held.
Remember Hap with a smile, tip of your cap or wave of your hand whenever he walks across your mind.
While Hap enjoyed the friendships of many over the years, a special thanks to his friends Jack, Bobby, Bob and Ed who walked with him over the last chapter of his life.