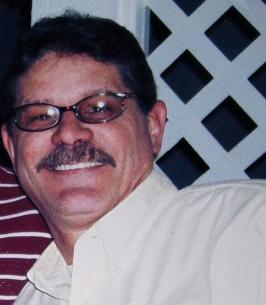 Randy Allen Hare of Burlington City, NJ passed away September 13, 2022 at his residence, at the age of 71. He was born in Mt. Holly, NJ and had been a longtime resident of Mount Holly before moving five years ago to Burlington City. Randy was a 1968 graduate of Rancocas Valley High School. He served his country in the Vietnam War for the US Marine Corp. Randy was a carpenter by trade and had worked for Burlington County in the maintenance department for a short time. He was a big Notre Dame Football Fan and he enjoyed watching the Philadelphia Eagles and Philadelphia Phillies.

He was preceded in death by his wife Marilyn Hare and his nephew Gunner Stamper. Randy is survived by his son and daughter in law: Shaun and Sherry Hare; his grandchildren Tatum and Finnegan Hare; his brothers: Larry Stamper (Missy) and Bobby Hare (Susan Bouffard); and his nieces and nephew: Honey Ann Stamper, Jessica Hare (Jimmy) and Matthew Hare.

A Graveside Service will be held on Wednesday September 21, 2022 at 11AM in the shelter at Brig. General William C. Doyle’s Veterans Cemetery with military honors. Due to the cemetery’s restrictions on flowers; donations may be made in memory of Randy to: St, Jude Children's Hospital, 501 St. Jude Place Memphis, TN 38105. Email condolences to the family at leefuneralservice.com.

Arrangements were made with Ed Kaelin III at the LEE FUNERAL HOME, Mt. Holly